Also called the “Kings’ Disease”, haemophilia has been detected since antiquity. It became known as members of several royal houses in Europe were found to be suffering from this disease. For this reason it was named in this way. Heirs to the royal families in Russia, Great Britain, Spain or the Netherlands have suffered from haemophilia. In the monarchies of the past centuries, marriages between blood relatives were frequently encountered, so that the inheritance was not wasted. Because of this, the chances of transmitting haemophilia were increased. 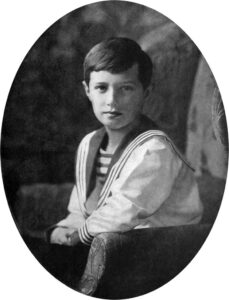 Tsarevich Alexei suffered from haemophilia, a disease he had inherited from his maternal great-grandmother, Queen Victoria. Rasputin was considered by the tsar and tsarina the last hope for the healing of their child.

Each year, in April, the world celebrates the day of haemophilia. Not every disease is honored. What was haemophilia worth? About this, “RG” talks with the president of the Regional Scientific and Clinical Society of Haemophilia Specialists, Professor Veniamin Chernov.

Not even Alexei, the son of the Russian tsar himself, could be saved from haemophilia.

When I talk about haemophilia, I certainly remember Tsarevich Alexei, who suffered from this terrible disease and who, in spite of being the son of King Nikolai Alexandrovich Romanov himself, could not be cured.

Alexei was born on 12 August 1904 (July 30, old style) in Peterhof. He was the youngest of five children and the only son of the tsar. His elder sisters were: Olga, Tatiana, Maria and Anastasia. In the family he was called “Baby”. Later, he was also called Alioșa (Алёша) or Lioșika (Лёшка).

Alexei was baptized on 3 September 1904 at the chapel of the Peterhof Palace. His main godparents were his paternal grandmother, the empress-mother, and his uncle, the Grand Duke Alexei Alexandrovici. Other godparents were: his elder sister Olga, his grandfather King Christian IX of Denmark, King Edward VII of the United Kingdom, Prince George, Prince of Wales, as well as William II, the German Kaiser. 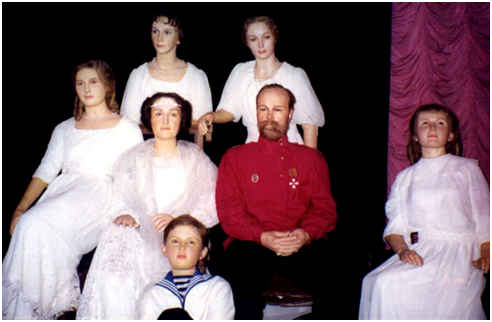 The Russian Imperial family (1913). Olga, Maria, Nicolae II, Alexandra, Anastasia, Alexei, Tatiana. The original portrait is located in the Hermitage Museum, St. Petersburg, Russia. The whole family died under the bullets of the communists, on 17 July 1918, in Ekaterinburg.

His tutor Pierre Gilliard described his student as follows: One of the most beautiful imaginable children ever, with his blond curls, large gray-blue eyes shaded by long genes.

He inherited haemophilia from his mother, a disease transmitted genetically in the British royal family since Queen Victoria. In 2009, genetic tests determined that Alexei was suffering from haemophilia B.[7][8] Because of his haemophilia, it was rumored that his mother had an affair with the priest Grigori Rasputin, who claimed that he could cure Alexei. The tsarevich and his sisters saw Rasputin as “their friend” and trusted him completely. 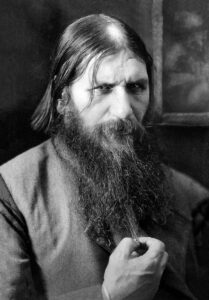 Grigori Efimovici Rasputin (Russian: Григо́рий Ефи́мович Распу́тин; b. January 9/21, 1869, Pokrovskoe, Tyumenenskez, Zapadno-Sibirskoe general-gubernatorstvo, Russian Empire, d. December 17/30, 1916, Petrograd, the Russian Empire) who had a great influence on the family of the last tsar of the Romanov dynasty. Rasputin played a very important role in the life of Tsar Nicholas II, Tsarina Alexandra and their only son, Tsarevich Alexei, who suffered from haemophilia.
Rasputin, was also called the Crazy Monk, despite the fact that he was never a monk and never kept secret the fact that he was married. He may have been the abbot of the officially unrecognized religious congregation of the Hlists, and he was thought to be a healer who used the power of faith. Many contemporaries, among which the family of the last tsar of Russia, considered Rasputin abbot, for the reason that he displayed healing powers and because he seemed to be wise. Some commentators consider Rasputin to be a character whose career must be understood in the specific Russian context of the “madness in Christ” (Russian: юродивый (iurodivii)) – the Byzantines, as well as the rest of the Orthodox populations in Eastern Europe. “madness in Christ,” but this has nowhere manifested itself as radically as in Russia.

He is one of the most controversial figures of the 20th century, although nowadays Rasputin is seen by most historians as a scapegoat. He played a minor but spectacular role in the fall of the Romanov dynasty.

Many, many people really know about Tsarevici’s disease. I also know that it was impossible to save him. Although the disease itself is as old as the world. 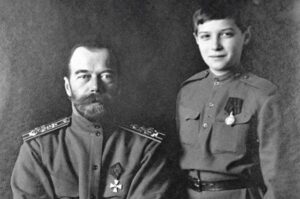 One of the first references to haemophilia is found in Talmud. Tell such a story. The young woman gave birth to a son. They began to carry out the circumcision according to the ritual. And … the boy died because of the bleeding that could not be stopped. After a while, the woman gave birth to a second boy. And everything has been repeated: Circumcision, bleeding, death of a child. When the third boy was born, contrary to all canons and rules, it was decided not to perform the circumcision rite. The boy survived, though he suffered from haemophilia all his life. Which is, he was under Damocles’ sword bleeding. © 2021 - HAEMOPHILIA ASSOCIATION - Romania All rights reserved.
GDPR
This site uses cookies. By continuing to browse it is your consent. Read more